From their secret bunker location in Vienna, Monochrom peeks out again with North America in their sights. 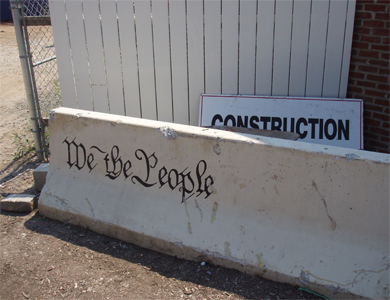 As you can see quite a few hackerspaces fell under their wrath, and we can’t wait to see what they bring to the table. Show up and be amazed. If your still wondering what to expect they have a press release.

Monochrom from Vienna is a worldwide operating collective dealing with technology, art, context hacking and philosophy and was founded in 1993. So to sum up, monochrom is an unpeculiar mixture of proto-aesthetic fringe work, pop attitude, subcultural science and political activism. Their mission is conducted everywhere, but first and foremost in culture-archeological digs into the seats (and pockets) of ideology and entertainment.

monochrom released a leftist retro-gaming project, established a 1 baud semaphore line through the streets of San Francisco, started an illegal space race through Los Angeles, buried people alive in Vancouver, and cracked the hierarchies of the art system with The
Thomann Project.

In Austria they ate blood sausages made from their own blood in order to criticize the grotesque neoliberal formation of the world economy. Sometimes they compose melancholic pop songs about dying media and host the first annual and inevitably leading festival concerned with cocktail robotics. At the moment they’re creating a conference series about sex and technology. Also they do international soul trade, propaganda camps, epic puppet theatre, aesthetic pregnancy counseling, food catering and — sorry to mention –modern dance.

monochrom’s gigs will be a medley, a little tour-de-farce, a presentation of their projects and political motivation. A joyful bucket full of good clean fanaticism, crisis, language, culture, self-content, identity, utopia, mania and despair, condensed into the well known cultural technique of a gala show. Powernapping highly welcome.